MOSES AND TAPS THE WALL

Or how to build a brick wall, that blocks the access of the passengers to the train door.

The end of April, news emerged from the German media in where an unidentified person/persons had build a brick wall into a Hamburg S-train door. The news became viral and after few months of speculation, along with unjust and undue attempts to claim credit, MOSES AND TAPS released a video from the making of THE WALL. The video, again, went viral and hit half million views in a day.

The carefully choreographed video highlights the lengths that the TOP SPRAYERS will go to in order to achieve their goals, constantly elevating on the benchmarks they have set, and breaking free of the restrictions that have tethered them creatively to the train system for decades.

This performance of MOSES & TAPS™ shows us not only the high level of skill they exhibit in regards to social engineering, but also that they are quite handy with a trowel.

You can read our interview with MOSES & TAPS™ here.

The Real Price of Removing THE WALL of MOSES & TAPS™

by an anonymous employee
from the German Railway Company (DB).
The original invoice, revealed the real cost
for the reparation of “THE WALL”
by MOSES & TAPS™.

Clear example of pushed up prices for graffiti removal, or the motivational story of how to become a brick remover in Germany and earn 70€ per hour. ??? • Full story ? Link in bio • Got stories and documents to show – feel free to contact us #MosesTaps #TopSprayer

On the 29th April 2015 DB/Federal Police,
published a press release,
stating the value of the criminal damage
for ten thousands of Euros.

The exaggerated and unverified price
was repeated by all medias,
who reported the story and the video,
which became viral in June 2015

despite the fact,
that the document was available before
the video appeared online. 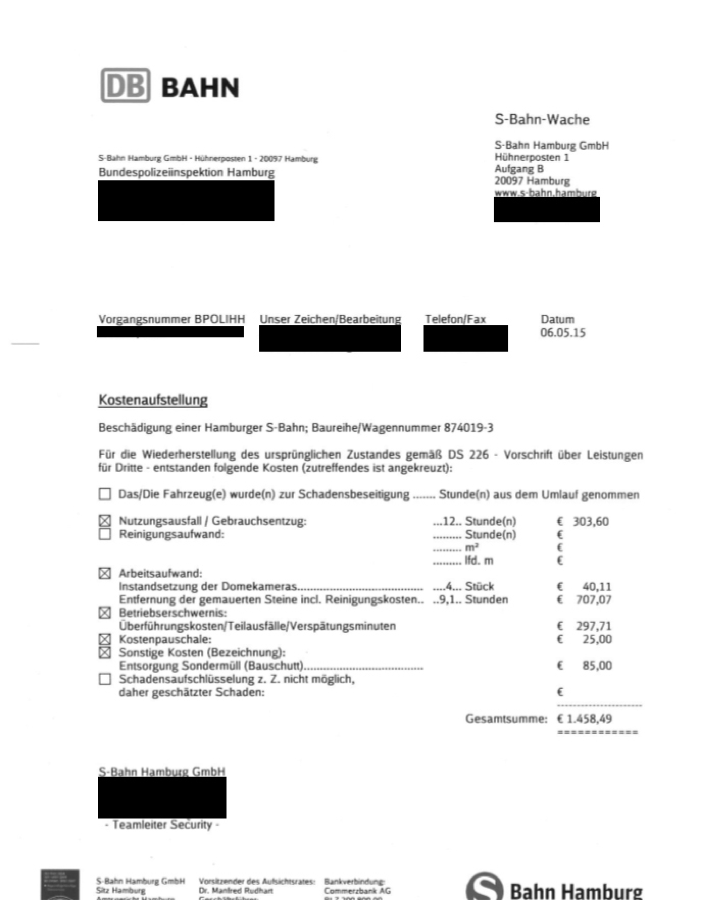