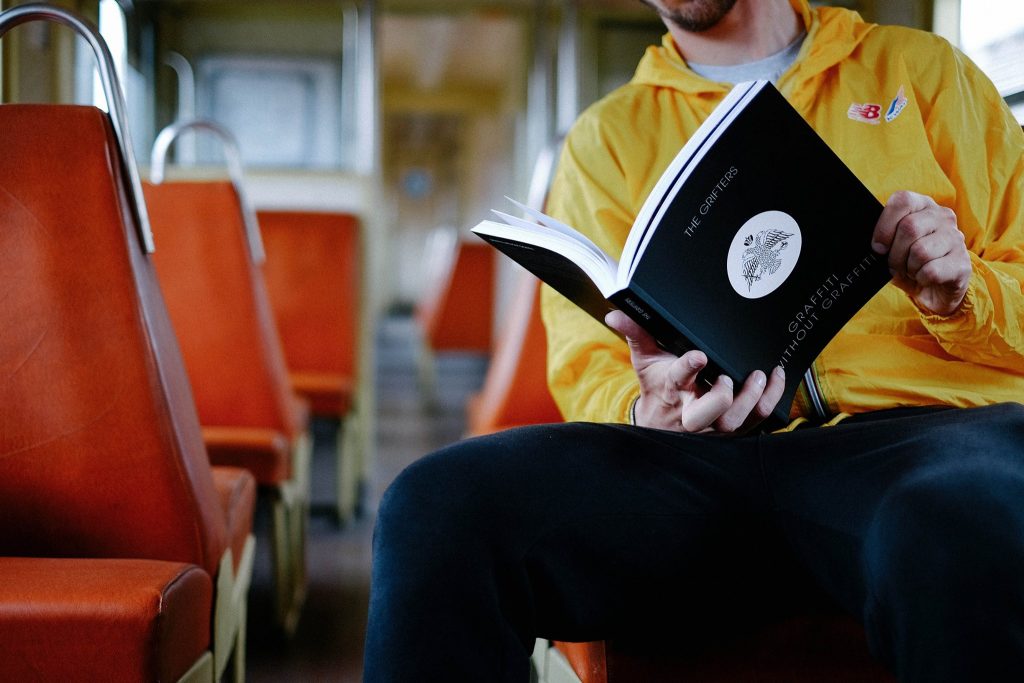 Graffiti Without Graffiti is a comprehensive and psychoanalytical dissection of the experiences found in the graffiti culture and lifestyle, without the graffiti pieces itself.

Each of the five authors has been challenged with a task – to use only 36 pages to show graffiti without the ability to depict the graffiti itself. The mix of exclusive footage, confrontational illustration and sophisticated text, reveals the charade surrounding the graffiti culture.

This book is the first monograph of The Grifters Collective currently comprised by the 1992 Collective, Badyear85, Eewan, Good Guy Boris, James Hattrick & Thorfine. Originally presented exclusively for the exhibition G.W.G at Urban Spree Gallery in July 2015.

All books are numbered and signed by the 5 Authors. 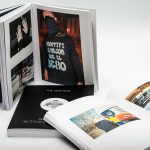 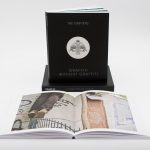 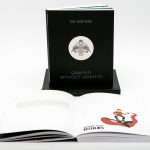 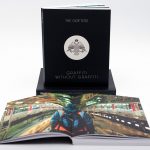 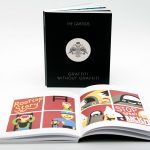 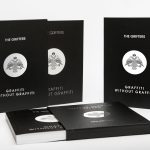 GRAFFITI WITHOUT GRAFFITI Not many people are familiar with the story behind the book @thegrifters just released today. Back in the summer of 2014, which i spent in prison, not being able to communicate and deliver content to The Grifters, i invited 4 new members to create and contribute in their personal blogs. I have been following the artists work since a while and their direction was absolutely relevant to the one i had for the future of The Grifters. Beside the young and talented photographers from the 1992 Collective (@adrianrobos & @danielluengo1992), @badyear85 & @sylvainlargot, the team joined a bright writer @jameshattrick and a controversial illustrator @iwanprokhorov. • That was the first step of expanding the The Grifters into an art collective. After my release and the organisation of few successful exhibitions in Paris i wanted to make a project, together with the freshly comprised collective. The opportunity came from the part of the kind @urban_spree gallery in Berlin, who invited The Grifters for a group exhibition. The concept of the show was to reveal the source code of The Grifters – to tell the story and to show the sincere beauty of graffiti culture & lifestyle, without looking or focusing on the graffiti pieces itself. The highlight for the show was the book called Graffiti Without Graffiti, which we build on a simple concept – each of the 5 authors has 36 pages to represent graffiti without showing graffiti pieces, using only photos, illustration or text. • The result came out as a solid 1,5kg, 200 colour pages book, sized 22 x 27cm, packed in special slip case and signed by all authors. • Huge thanks for the kind hospitality of Urban Spree, who offered us the great opportunity to welcome more than 1000 people in the opening night and to spend lovely time in Berlin. Thanks to everybody who supported us and the whole project! ? ? Signed copies from Graffiti Without Graffiti are available at the online store of @thegrifters ?link in bio #GraffitiWithoutGraffiti #TheGrifters Photo by @AdrianRobos

THE FIRST PHOTO-BLOG BY THE GRIFTERS popped up on the Internet almost ten years ago, a project drawn from the psyche of a focused Eastern European. With the help of his friends, armed with nothing but point and shoot film cameras, The Grifters began documenting and reporting on the lifestyles of the people that surrounded them. Punctuating these reports with humor and irony, sarcasm and provocation, all the while captured with beautiful photography, The Grifters revealed a wholly new perspective on the current generation. The Grifters took an approach that nobody else was taking at the time, by portraying everything surrounding the act of graffiti, whilst avoiding the resulting graffiti itself. Highlighted by this approach is the realization that there are many more interesting moments and emotions to capture, other than only graffiti. The Grifters started out as a graffiti-like blog with an alternative and fresh point of view, taking pride in their selection of the most prolific graffiti writers. Within a few short years it had developed into something much bigger than just one photographer’s journal. The Grifters, in establishing one of the most recognizable Internet platforms for urban culture, opened a door for a whole new way of documenting and presenting the stories of people who were once labelled as outcasts. They developed these narratives into something philosophical, romanticized and sophisticated. The Grifters not only showed the darker side of society through their beautiful photography and video, but also added a sense of morality, by way of the provocative messages and quotes that we see in their publications.

IN MAY 2014, AFTER BEING SET UP BY THE FRENCH VANDAL SQUAD, the creator and head of The Grifters was sent to prison, accused of crimes including Terrorism and Conspiracy. Good Guy Boris was to spend four months remanded in custody in the largest European prison, for merely filming people doing graffiti and posting this on the Internet. This “low blow” on behalf of the police, gave way to The Grifters rising even more in popularity.

VERY FEW PEOPLE ARE AWARE that during the time Boris spent in prison, he invited four new people to join the platform of The Grifters. This was the first step taken in developing The Grifters into an art collective. He called upon other young and talented photographers, an illustrator and a writer to join with him to form the collective that The Grifters is currently comprised of today, namely the 1992 Collective, BadYear85, Eewan, Good Guy Boris, James Hattrick & Thorfine. Quickly after the return of Boris from his “holidays”, The Grifters had organized a series of successful exhibitions in Paris, the capital of art and fashion, and their next target is establishing a milestone before the birth of their latest form of evolution – The Grifters Journal.

GRAFFITI WITHOUT GRAFFITI. The name of the project reveals the rationale behind the evolution of The Grifters. This work is a comprehensive and psychoanalytical dissection of the experiences found in the graffiti culture and lifestyle, without the graffiti itself, effectively mirroring the credo of The Grifters. This project is the embodiment of something that The Grifters have been documenting and doing, for almost a decade. The highlight is the limited edition book “GRAFFITI WITOUT GRAFFITI”, a landmark in the saga of The Grifters, and the first project released by them as an art collective. Each artist has been challenged with a task, to use only 36 pages to show graffiti without the ability to depict the graffiti itself. The mix of exclusive footage, confrontational illustration and sophisticated text, helps reveal the charade surrounding Graffiti culture. This book will be the closest explanation to date of what The Grifters is truly about.

The collector edition of 500 copies was originally presented in the Graffiti Without Graffiti exhibition at Urban Spree Galerie in Berlin. From 16 to 31 July 2015 The Grifters Collective occupied the space and exposed artworks and installation, expanding the story of the book. 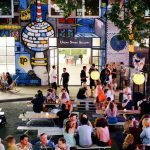 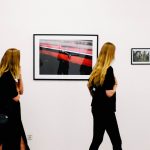