Louise Amelie is a very talented young photographer from Berlin, Germany. She has recently returned from a trip to Russia and the Baltic States, where she held an exhibition with Alex Fakso and the tattoo artist Longbones. The Grifters Journal asked Louise to share some of the rad photos she took during that trip, and to tell us a bit more about the adventure she is calling “The East Block Tour”.

Did you want to Introduce yourself?

I’m Louise Amelie, a born and raised photographer from Berlin. Driven by curiosity and ignorance (you could even call it naivety), I am always looking for adrenaline and authentic characters. I like to treat my camera as if it was an imposed brigde between myself and the people I portray. It allows me to work intimately with people and has helped me discover the little secrets of hidden places. 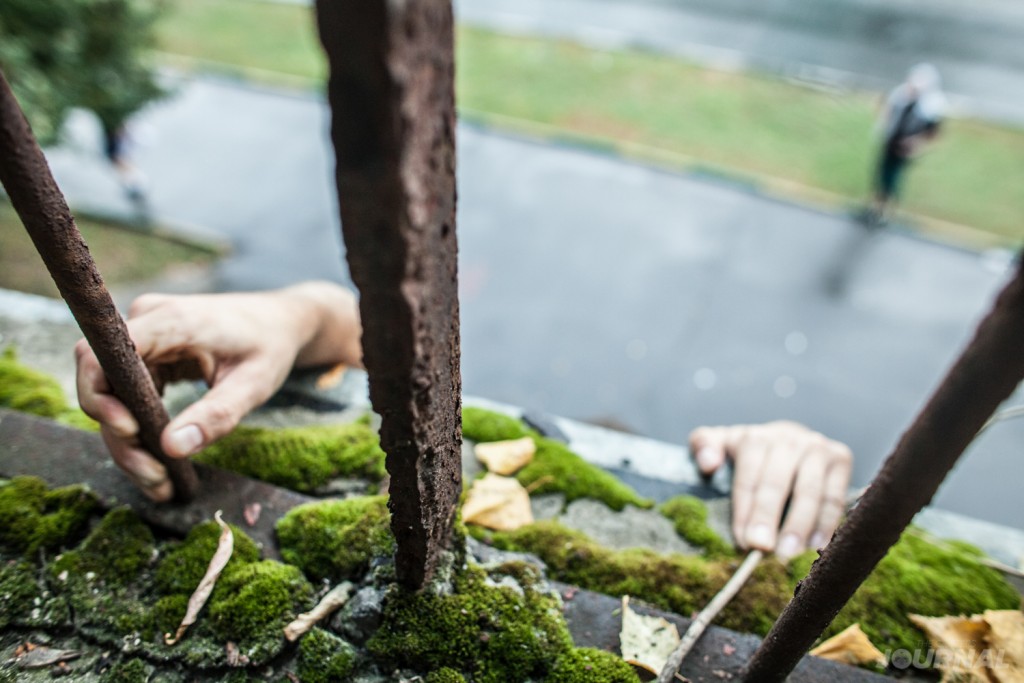 How did you start to photograph graffiti culture? Which part of it attracted you?

I never consciously decided to shoot graffiti culture. Even though I am not a writer, it just happened that I spent most of my time with writers. I love the lifestyle, the honesty and the team spirit. And it doesn’t matter where I go, I find I am always surrounded by strong company and exceptional characters! I still marvel about how such different people can still share the same spirit.

I am constantly surprised by these contrasting, and often private persons, that allow me to be a part of their activities. They have a shifting and expanding effect on how I view the world. I look for people who stand out of the crowd, the ones who ask unpleasant questions and who don’t feel obligated to follow the rules of society. For me, Graffiti is the most honest passion. They just do it because they want do it, first and foremost! 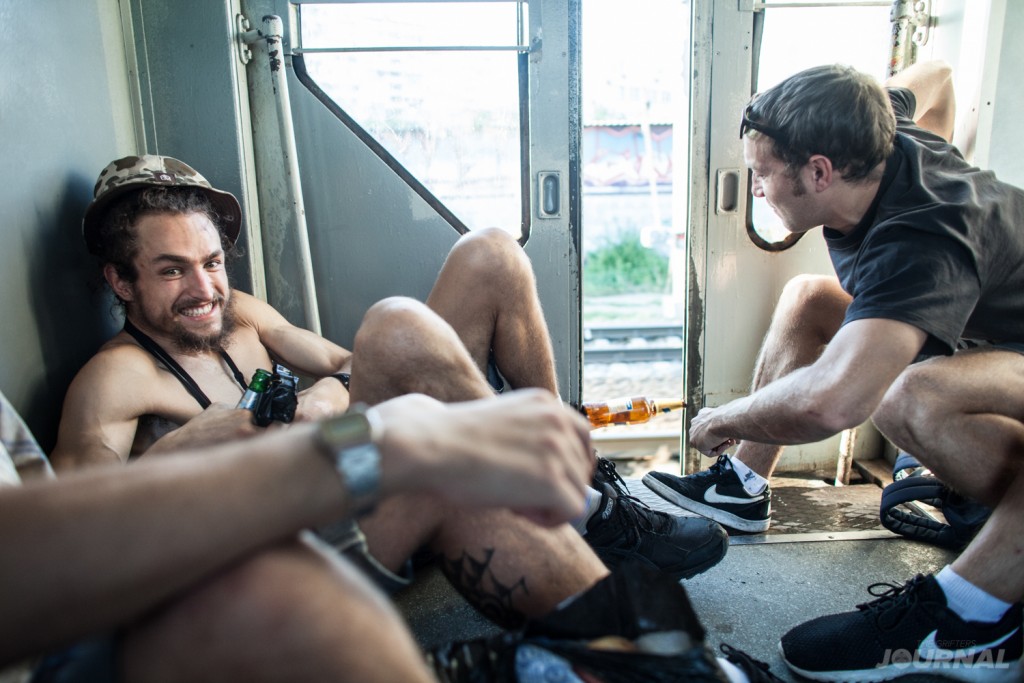 Is this the main subject of your photography?

Graffiti takes up a huge portion of my work, but I also shoot a broad variety of people who have nothing to do with “illegal” activities. 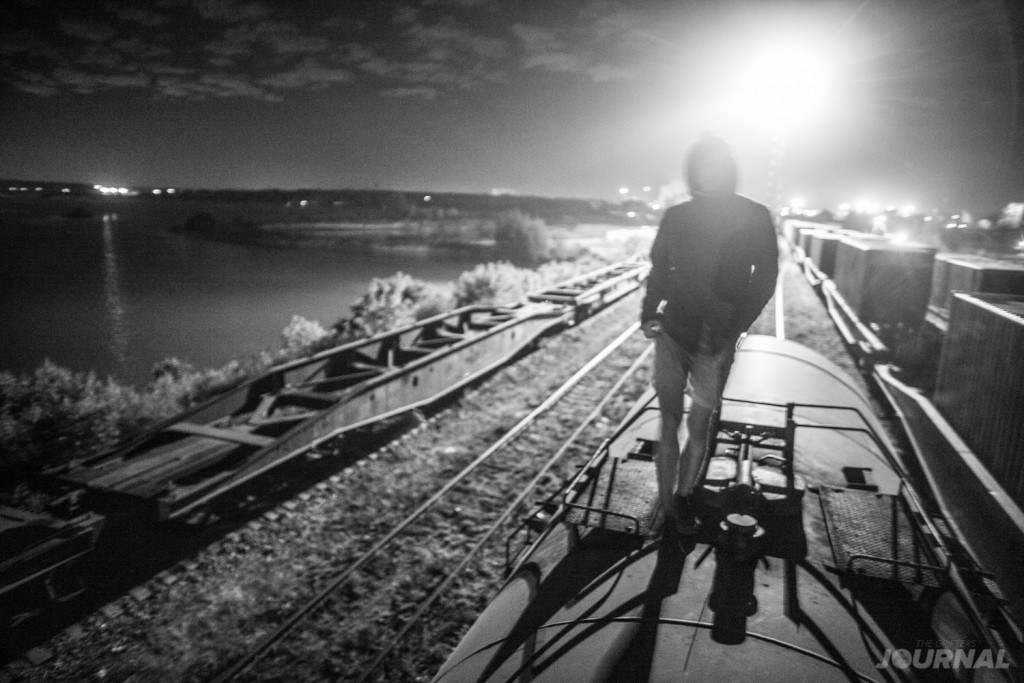 What is the concept of your photos? You told us that you shoot writers faces and expressions but you don’t care about their graffiti names.

I am not a graffiti writer so I do not find myself interested in the names and crews. I really don’t care about the fame. I search for moments and people who have a nice spirit. The moments I like most are not while painting. It is everything in between, the before and after.

When I get fascinated by somebody its because I have a good time with them and have gotten to know their little flaws and habits. People who don’t let society or the graff scene influence their behaviour are the true kings for me. They are the pioneers for new ideas. 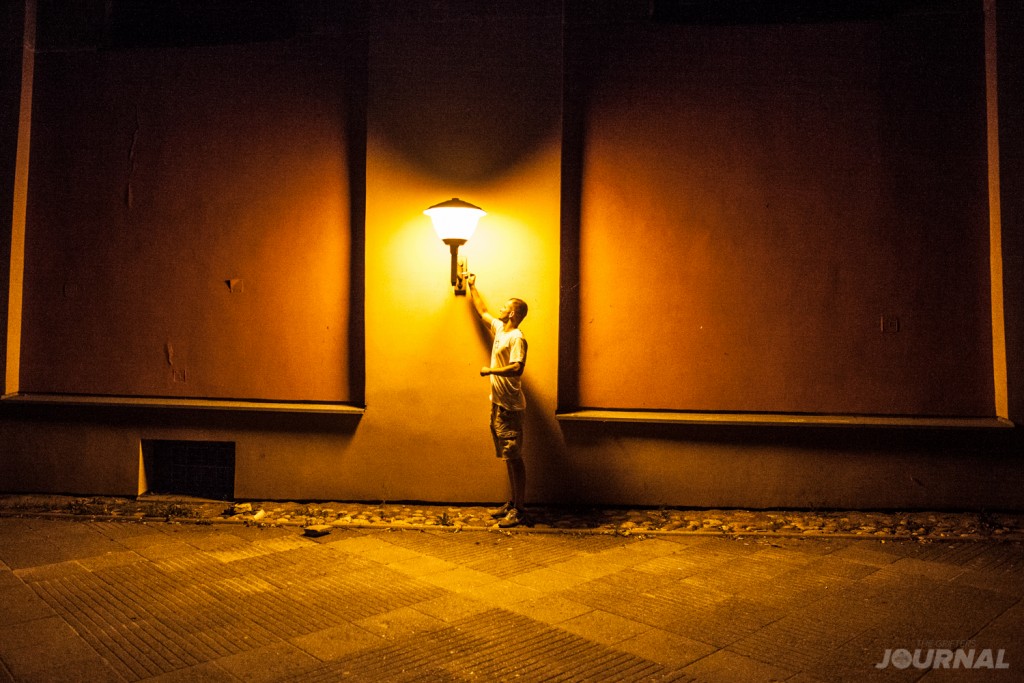 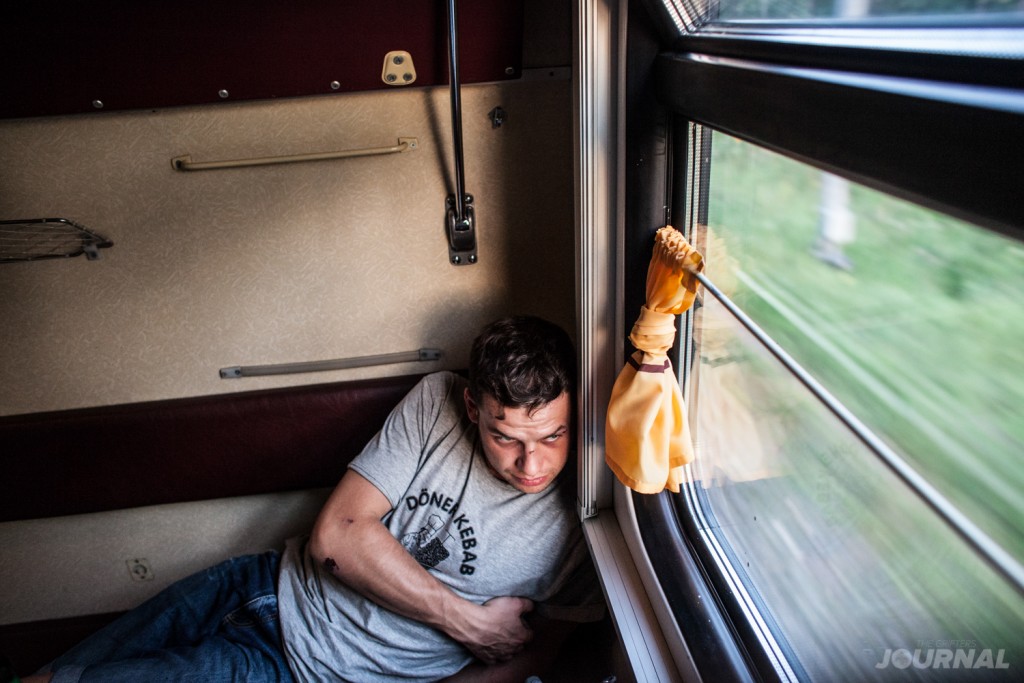 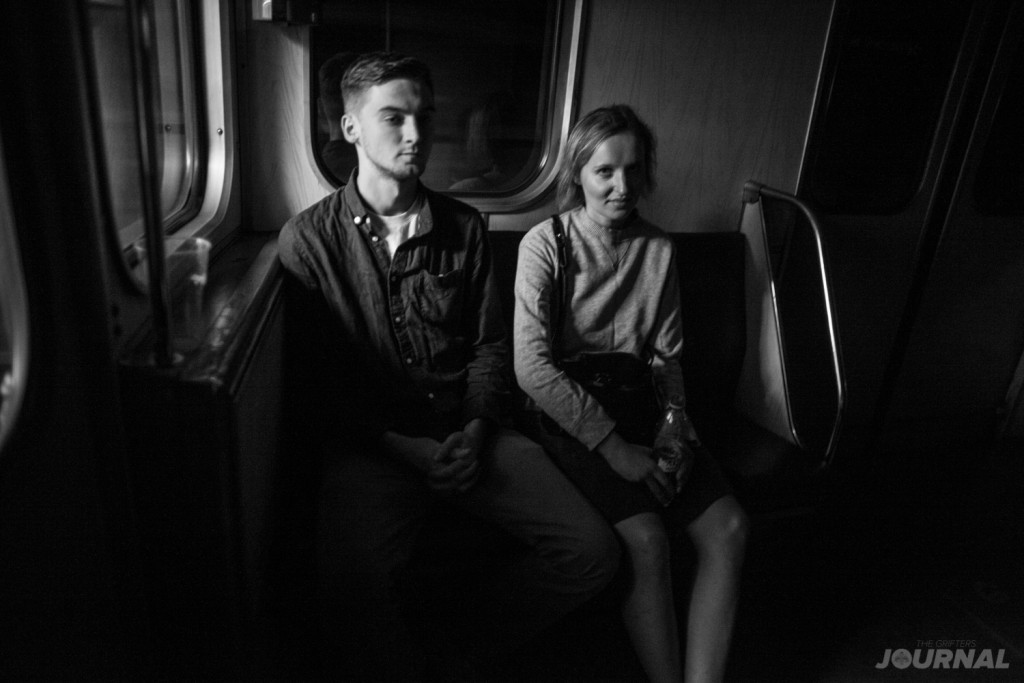 Tell us how the idea for the trip came up?

In the beginning of the year I was in Saint Petersburg shooting the new collection from the German street label “YO” and started expanding my contacts. When I got back to Berlin, my friend Longbones was waiting to give me a tattoo. While we were talking, I told him how much I had fallen in love with the culture and the mentality of the people there. He told me about the experiences he had in Russia only a few years ago, and it was then and there we decided to take a road trip. 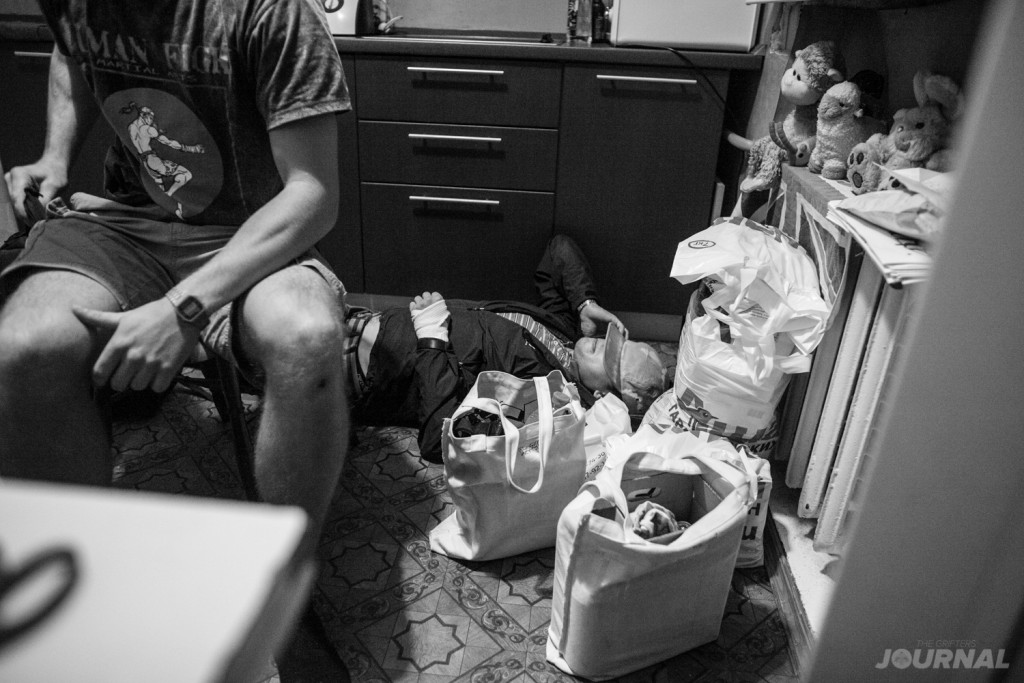 Where did you go?

We started in Riga then to Saint Petersburg and Moscow which hit us hard! Then we went on to Vilnius, followed with a ride through the country. 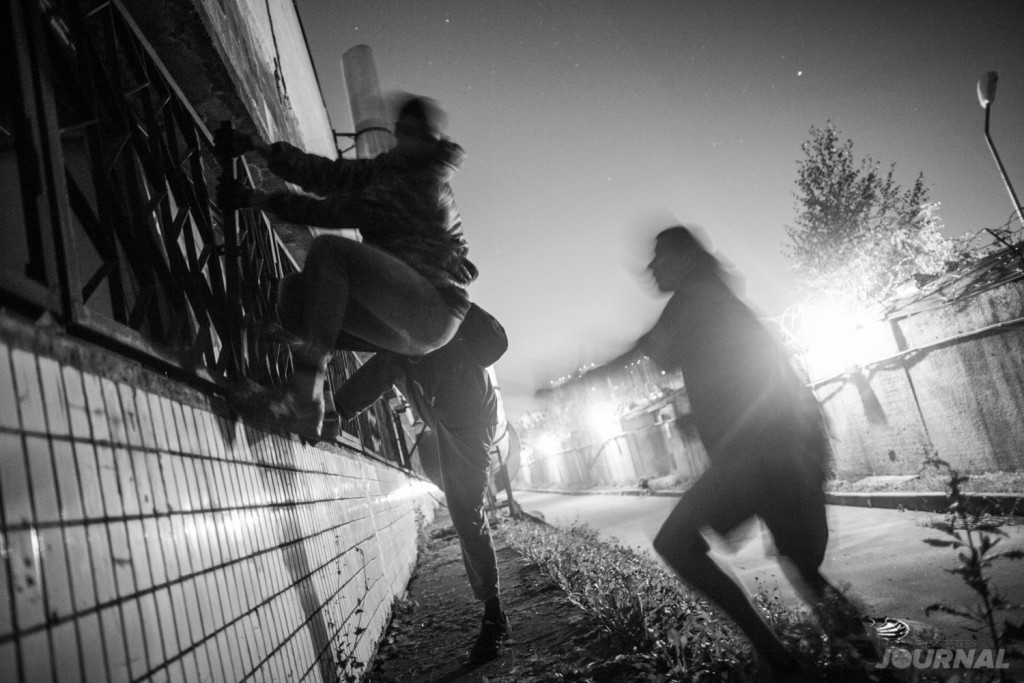 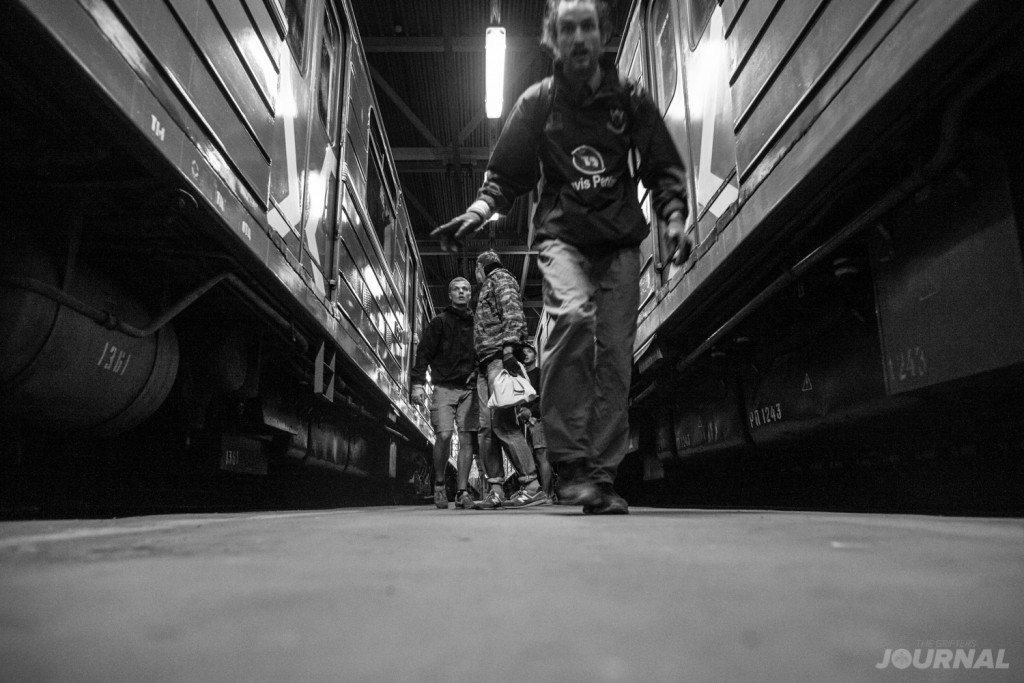 Tell your impressions about the atmosphere in those places.

Every stop was unique. It was not because of the cities, but more about the people you spent time with. When we were in Saint Petersburg it was already crazy, but when we arrived in Moscow it just went insane. This is due to the huge and awesome community there. Every minute was a blast and we had to fight just to take a rest! I love the art scene of Moscow. Somehow I felt like it was back in the 90’s but on the other hand I saw these guys were more developed and united than the artists I used to know from back home. 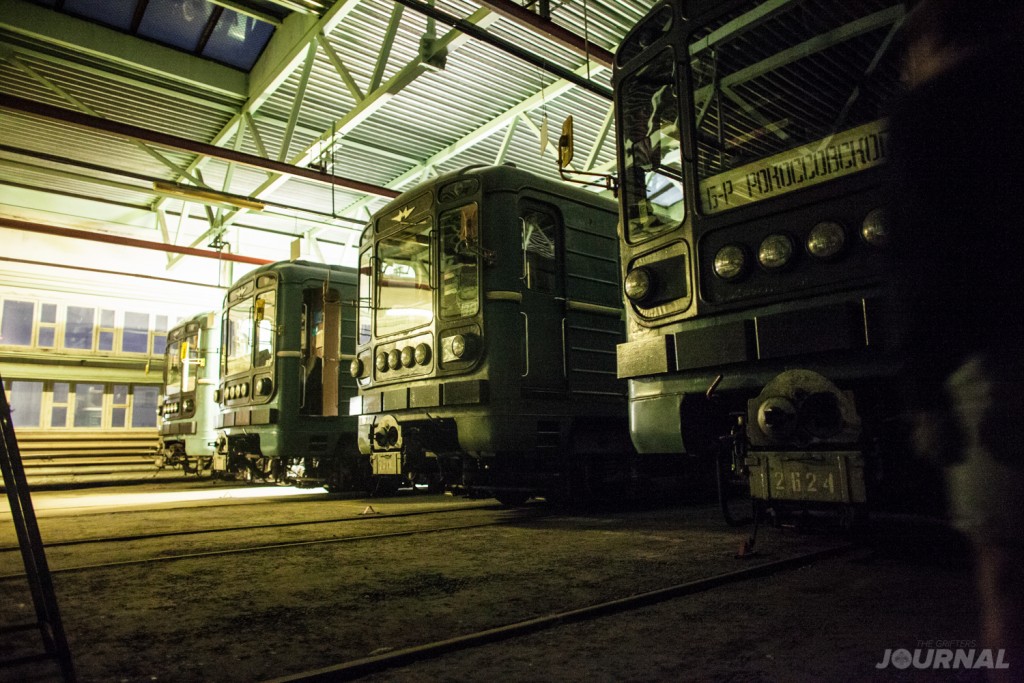 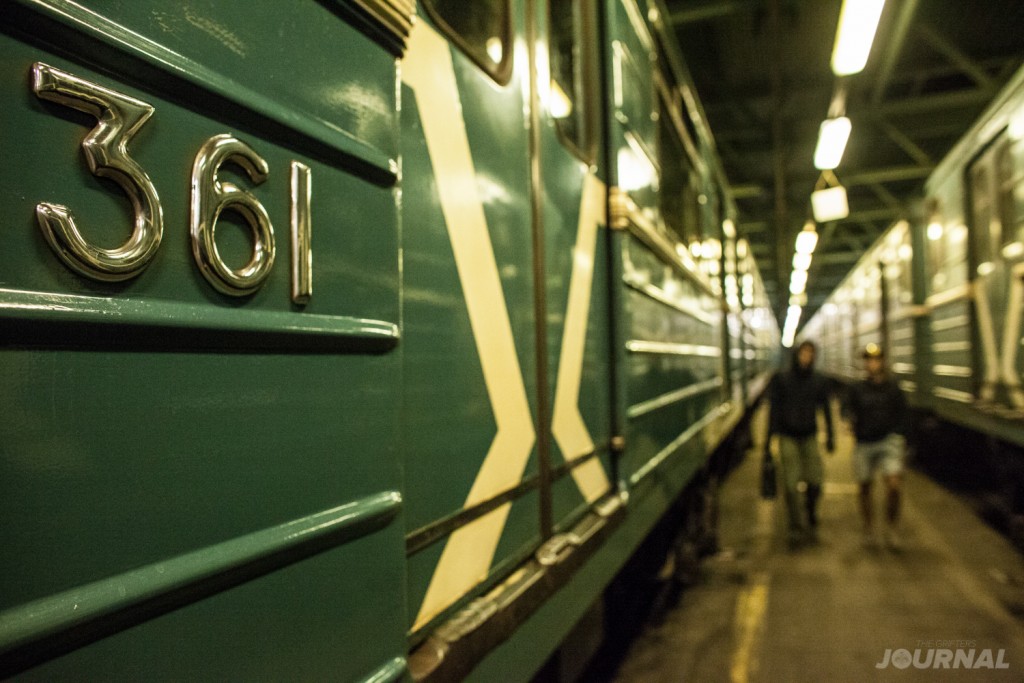 What were your expectations about this trip?

When I went to Russia the first time I knew almost nothing about the people and the culture except from some YouTube dash-cam car crash compilations and the typical Russian stereotypes everybody knows. I was scared and fascinated at the same time.

I expected to drink a lot!  Also I wanted to see lot of flats, yards, parties, bad boys, Russian tattoos and nice creative people. Everything became reality. My expectations were exceeded. 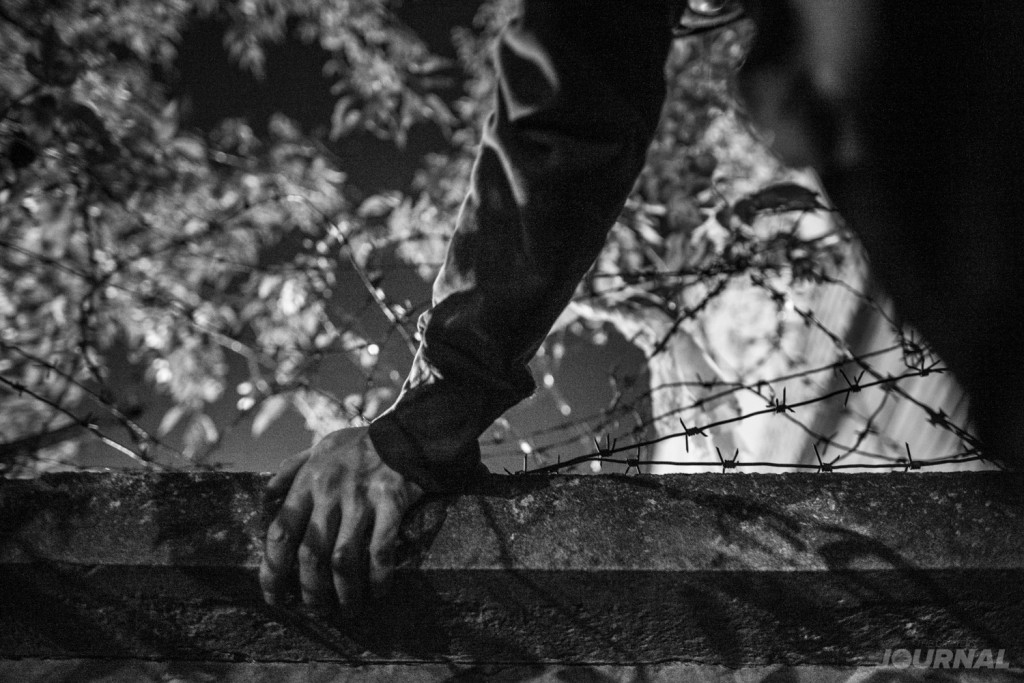 Tell us a funny and a scary story from the trip.

Hard to decide which one. There was the time we went swimming nude in a lake with parked trains next to us, or throwing up on a Metro escalator after a mad party, to a wild sauna night with fighting games and broken fingers, but I think my favorite story happened in the first week.

We were hanging out in the streets with some friends. After hours of senseless beer drinking we decided to go to paint. We were discussing if we all would be able to do it due to the trickiness of having to climb up to get in there. My drunkenness got the better of me and led me believe that it was easier than it looked. So I convinced one of my friends who actually wanted to stay on the ground.

So here we were, climbing up a Planetarium by just using the windowsills of the building. Once we got to the top we just realized how drunk we were. My friend jumped from the dome down to the roof, which was maybe only 1.5m but dropped that bad that he broke his ankle. He just turned around and asked me:

He meant his broken bone. Next came the crew discussion and debate on how to bring him down the 9 meter high building we had just climbed, and all the while he was only worried about his unfinished piece. After 20 minutes of chaotic planning we realized we were fucked as the sun was already rising. We had to abseil him somehow.

And this is what we did. We just strung up a long rope and let him down. Once we had him on the ground our friends grabbed him and took him home.

I remember while I was waiting with him everybody was so moody that I just told him: “Once all this shit is done, at least we will have a nice story in our pocket!” Finally, everything came good and we were laughing about it next day on the way to the hospital, headbanging to our taxi drivers favorite band Rammstein. 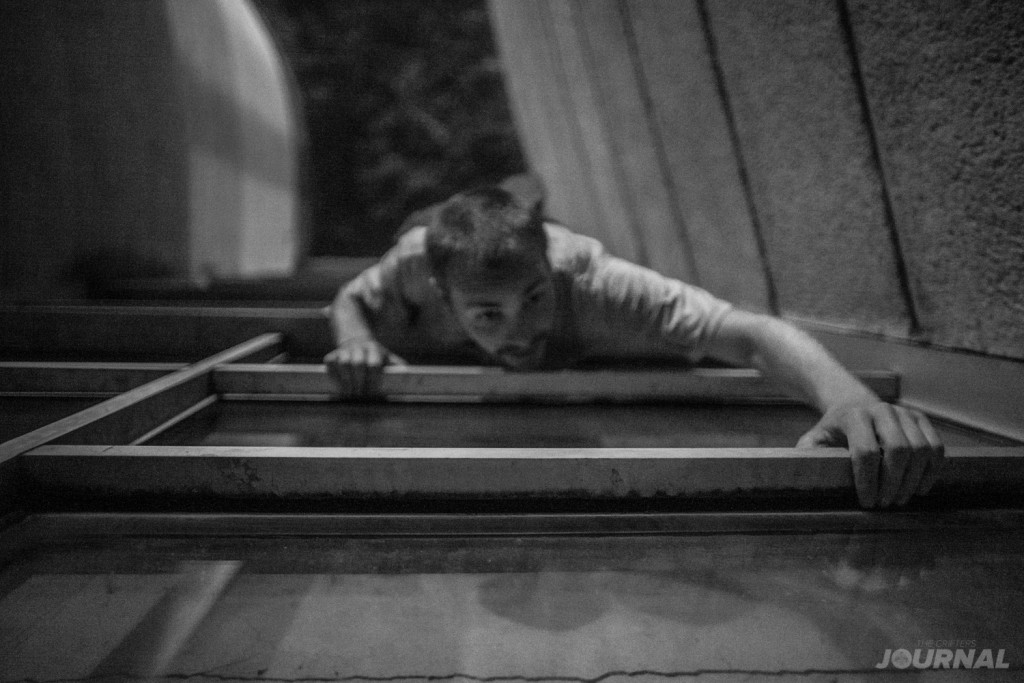 Can you compare what you saw in the East to what you know from the West?

The graffiti scene is better connected than how I know it. Not like in other big cities with crew fights and the annoying graffiti politics. Also they are really friendly to foreigners. They want to know where you come from, why you’re visiting etc. Russians really want to talk even when they don’t understand. After few beers you speak the same language anyway. Most friendly people for sure. I love the East! 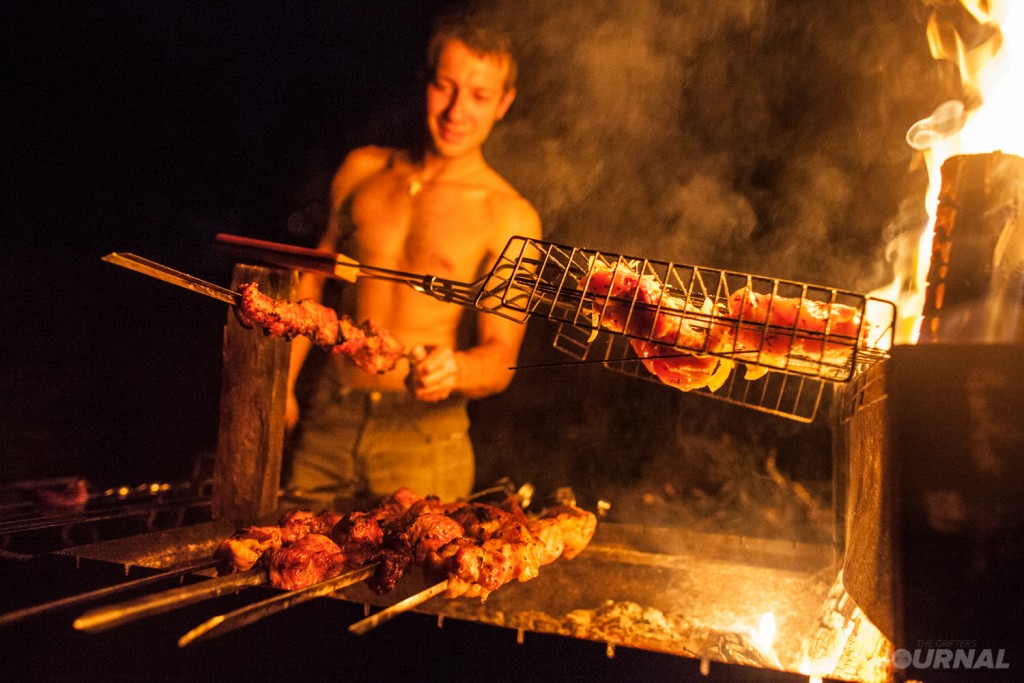 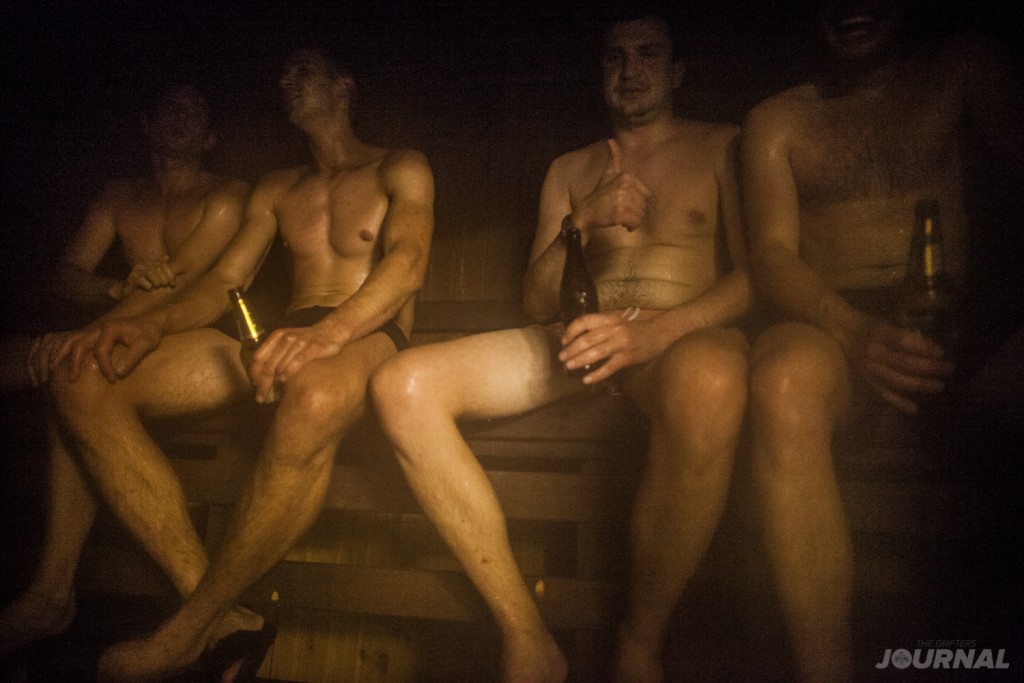 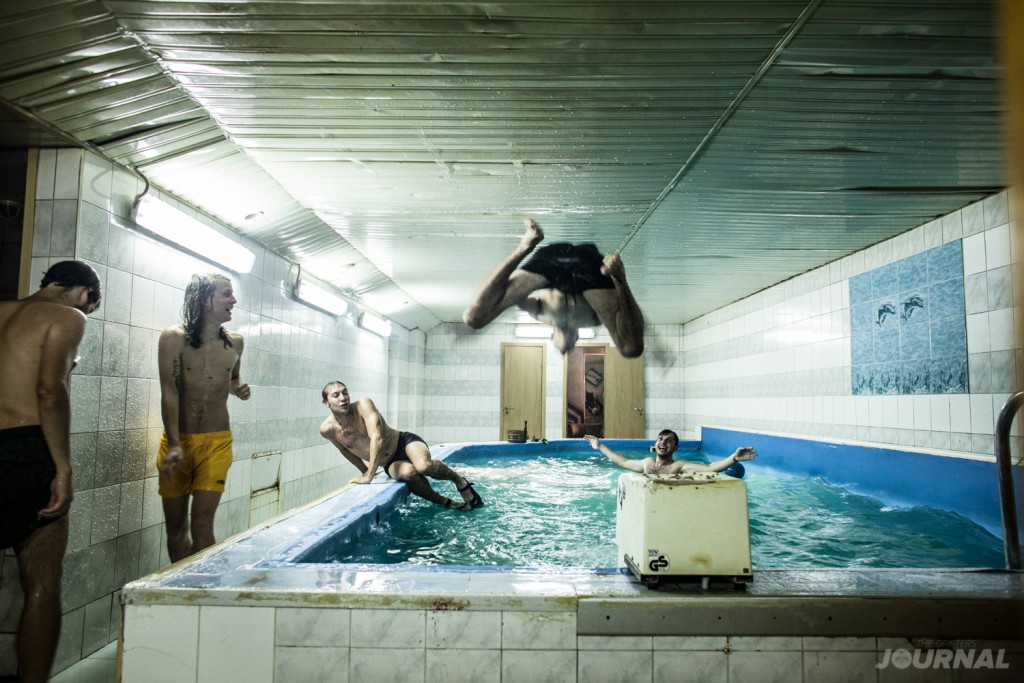 Tell us a bit the exhibition you did with Alex Fakso and Longbones.

The concept was a collaboration of Photographer and Tattoo-artist. During our trip Fakso and I were capturing situations which strike our “Western Eye” to examine the “Eastern Flavour”. For the exhibition we selected photos of these moments, which were transformed into fresh designs by Longbones. You could surmise it as Tattoo sketches with Pictures as a reference.

Against the expectations of most of the visitors, we didn’t show many pictures with your typical graffiti background. The focus here was to find images from both photographers which fitted together, and spoke of the “Russian Spirit” and that were also convenient for the incredible creations Longbones made out for his next tattoo victims.

It was a nice feeling during the opening because we had just published work we had made only a few days before. And some of the locals could find themselves in our presentations. 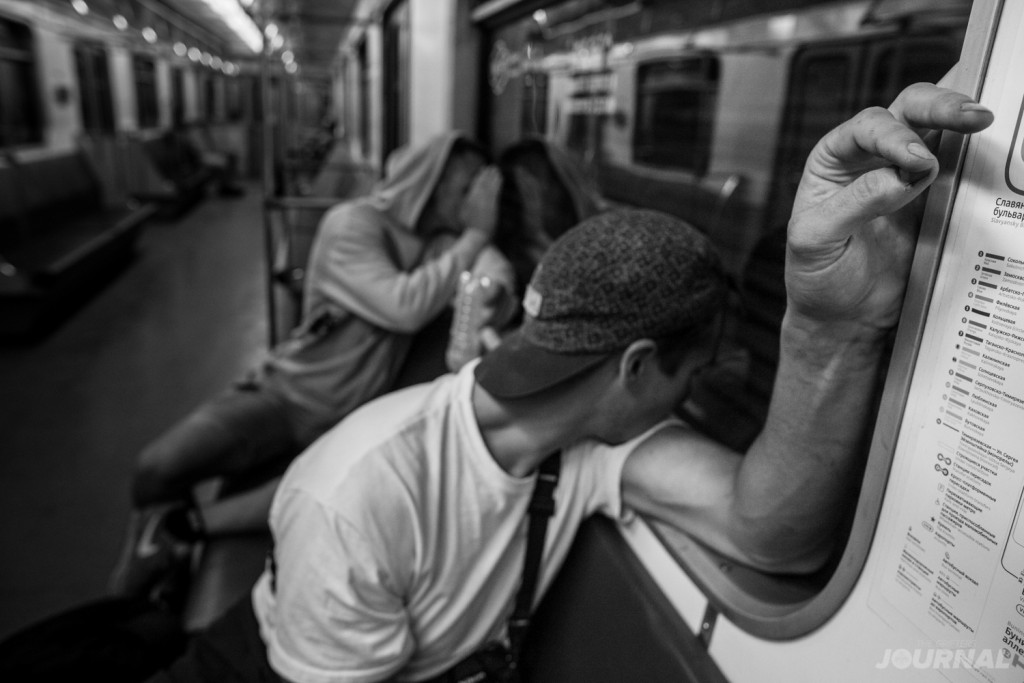 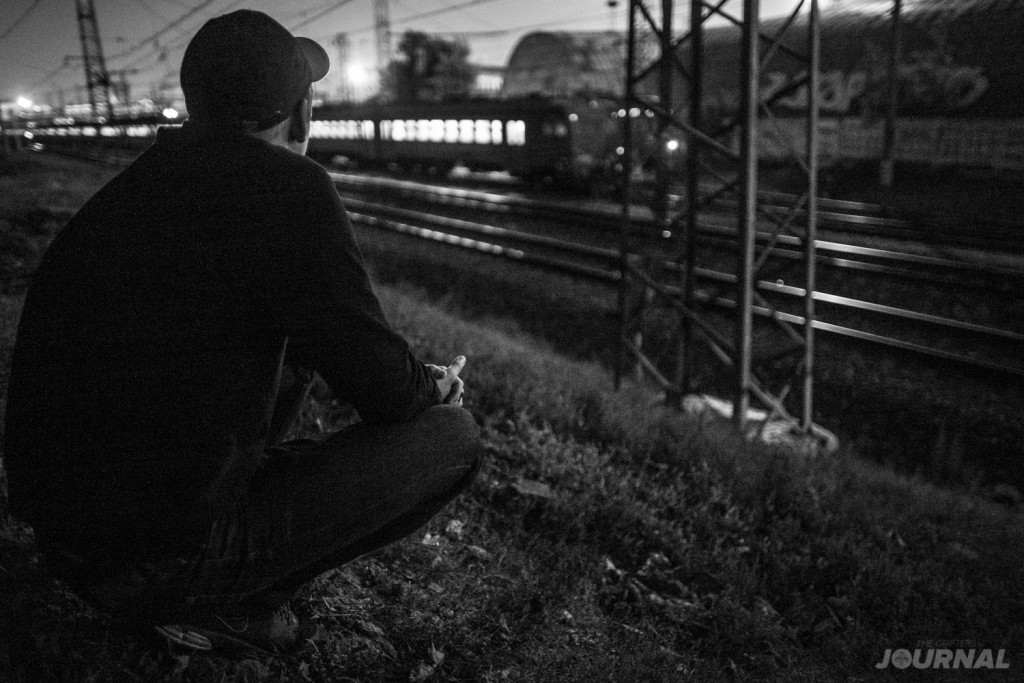 What are your future projects?

I am pretty sure this was not the last trip! We want to continue with this project. Maybe somewhere else, maybe not. 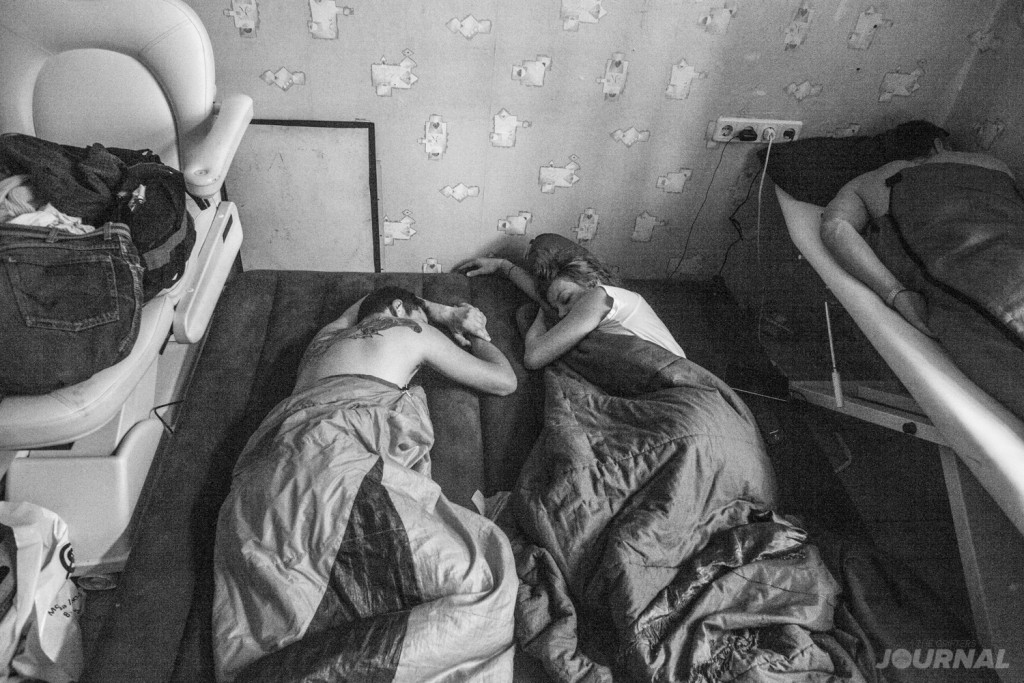