Australia Graffiti – Guerrilla exhibition inside a Train by Scot Marsh

Australian artist Scott Marsh held a solo exhibition in Sydney entitled ‘Australian Graffiti’. It was not your traditional art show setting but instead a ‘guerrilla’ style show, installed and viewed unsanctioned, in a moving Sydney train carriage. Held in 2 stages, there was first a give away of artworks, where paintings were tacked to Sydney trains and sent into service to be found by followers in a social media fuelled scavenger hunt.

The second stage was an exhibition installed in a moving Sydney train. Surprisingly the show wasn’t shut down by ticket inspectors or transit police, with the train driver oblivious to the people partying in the back carriage. With guests alighting the train at Sydney’s Central station, the moving gallery did a circuit through the City Circle line (Central, Town Hall, Wynyard, Circular Quay, St James and Museum stations) with guests disembarking at Central station. Scott and his team remained on the train, dismantling the show as they traveled back out to Liverpool.

Luckily for us, this ephemeral event was documented by Billy Zammit and Cole Bennett, and we have the video below for you. Please note one of my favourite parts, the name of the exhibition applied to the door window, in a traditional Sydney handstyle. 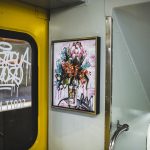 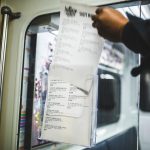 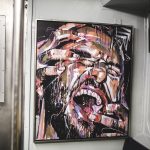 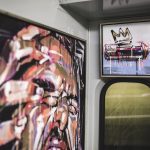 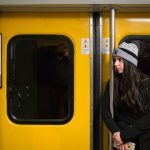 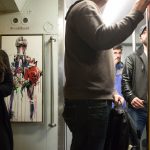 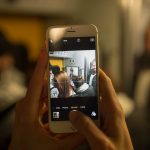 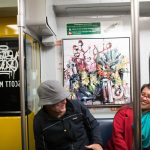 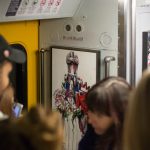 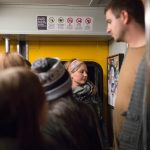 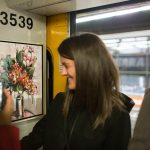 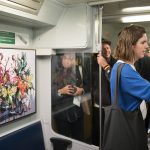 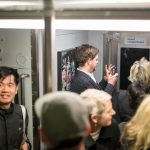